Today, Tuesday 9th October, the world’s largest search engine and third largest company in the World, Google announced that it is closing Google+.

Launched in June 2011, Google+ was Google’s attempt to break the social media market and take on leading competitors including Facebook and Twitter. Google+ was also designed to bring together all aspects of Google making it easier for a user to organise and manage their connections. This included easy integration with Gmail, Google Maps, Search and Calendar. Other key features of Google+ include Hangouts, giving users the ability to speak with connections by voice or video call for free - Taking on another communications giant, Skype.

However, the decision to close the network was announced today following a press release confirming that Google failed to disclose a user data breach that took place in March 2018 following a bug in the Google+ API that allowed third party app developers to access the data, not only of users who had granted their permission but also for their friends.

Claire White, Account Director for Why Media comments: ‘The protection of personal data has been at the forefront of all businesses this year following the build up and launch of the General Data Protection Regulation (GDPR) in May. The irony of Google’s situation is that it’s almost identical to the problems Mark Zuckerberg and Facebook faced in March during the scandal with Cambridge Analytica.  Why Media takes the protection of it’s clients data incredibly seriously and incidents like this continue to be a reminder as to why.’ 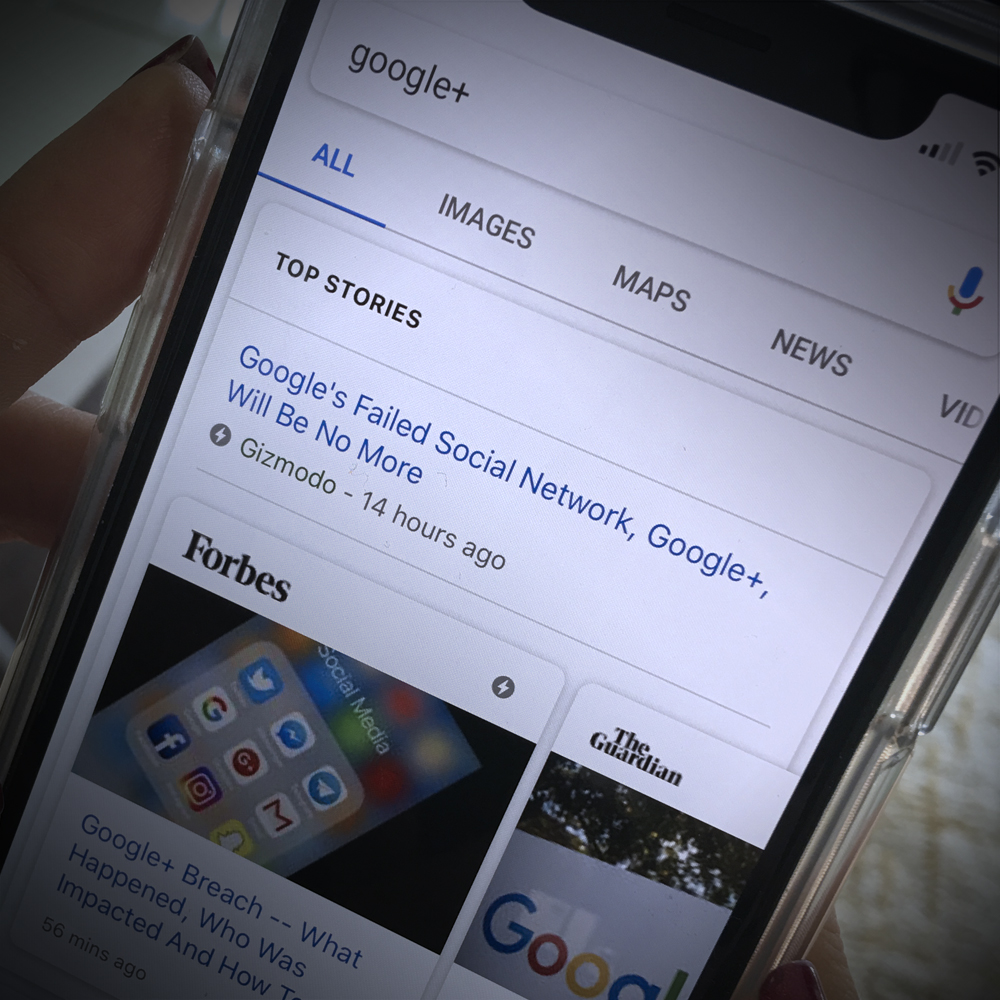