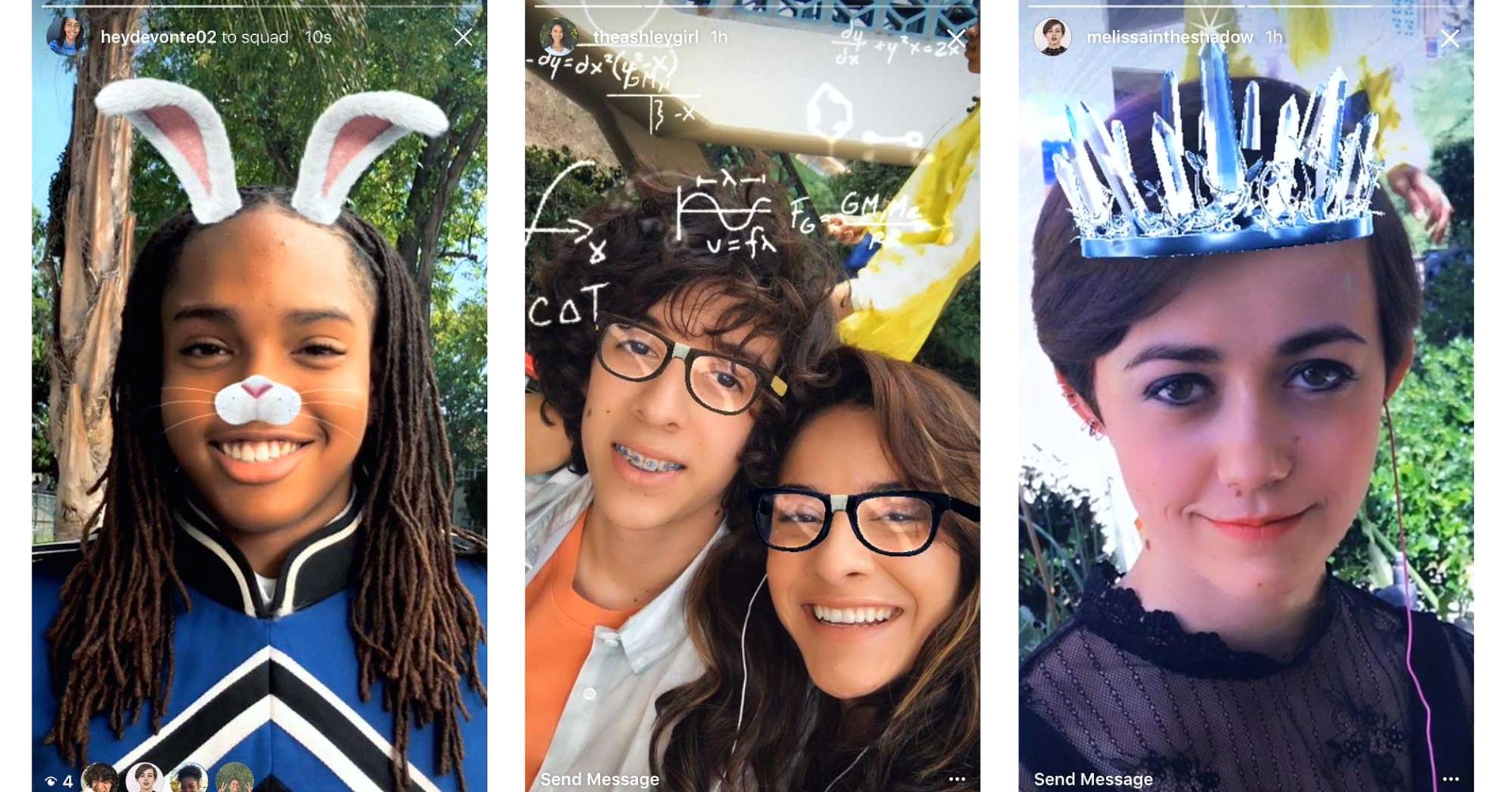 It was almost two years ago that we were introduced to the so called “lenses” by the social platform Snapchat, but now, after increasing popularity, another platform is aiming to step up to the competition.

In September 15th, 2015, Snapchat launched their famous lenses. They didn’t make any major announcement but they really didn’t need to as the add-in became an instant hit and hands down became the biggest feature that Snapchat ever released. Snapchat lenses allow users to insert special effects into their selfies (or self-photos). Using augmented reality, these special effects can be added to both photos and videos and overlays “silly” effects, costumes and more on top of the user’s face. The aim of these filters is to add more entertainment to the experience using the social media app and allow the users to share the results with their friends.

Of course, this feature has been on the scene for a while now, but it has recently made headlines again as Instagram, owned by the social media giant Facebook, launched this augmented reality feature on their app last Tuesday. The firm has released eight initial “face filters”, as Instagram calls them, and it works exactly like Snapchat. These initial “face filters” let you add koala ears, nerd glasses, a butterfly crown or wrinkle-smooth makeup to your selfie.

Being incredibly popular in the digital society, advertisers have realised this large opportunity to engage with the hard-to-reach “Millennials” given they complete 70% users. Many businesses have managed to use this tool effectively by creating branded filters. A great example of this is the filter offered by the American sports-drink manufacturer, Gatorade.  During last year’s Super Bowl, Gatorade created a geo-filter that allowed users to dunk a virtual drink on themselves. The way this geo-filter was designed was highly interactive, giving individuals a sense that they were part of the event. The ad became so successful that it had all the major celebrities using it and it received more coverage than the match itself, a total of 160 million impressions precisely. Of course many other businesses followed the trend and successfully created exciting and entertaining geo-filters, such as Taco Bell’s Taco filter or the Starbucks Christmas filter.

This highly popular and effective feature also comes at a steep price. Snapchat charges brands $750,000 for simple effects and an extra $100,000 on top of that if the lense is incorporated in a video changing the whole landscape and not just the face. Instagram’s face-filters on the other hand, are not available to sponsor yet. The good news for advertisers here is that due to competition purposes, Instagram could lower the cost of sponsoring these ad experiences when they do come available.

The launch of the Instagram face-filters bring great competition for Snapchat but great opportunity for advertisers. Instagram’s popularity is higher than that of Snapchat with 275 million unique visitors per month. Although 60% of smartphone users are now on Snapchat in countries like the US, but that doesn't beat that Instagram is the #1 app of all time for brand social engagement. The opportunity for businesses to target a larger and more specific audience is more likely in Instagram than it is in Snapchat meaning that it will need to step up in order to continue being the pioneers in video and photo special effects within the social media industry.