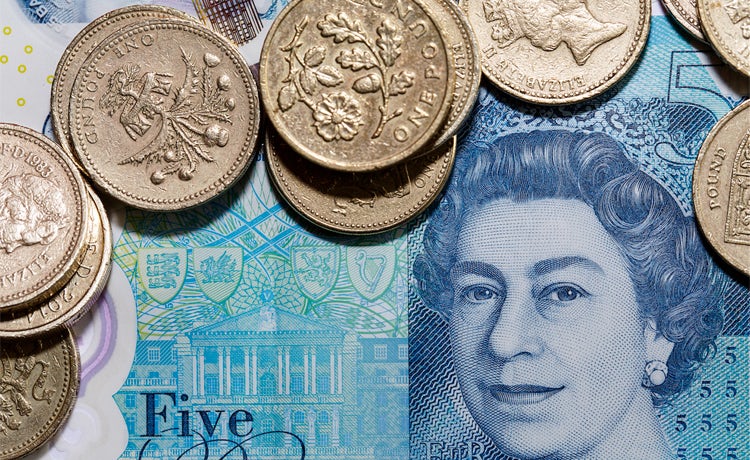 Immediate post-Brexit concerns don’t appear to have impacted UK ad spend, according to new figures from the Advertising Association and Warc.

UK ad spend grew to £5.8bn, a 3.9% year-on-year rise, in Q4, and this marks the highest grossing quarter since the Expenditure Report started in 1982. It also marks an upward trend following flat growth in Q3 in the immediate wake of June’s Brexit referendum.

Meanwhile, for 2016 as a whole, ad spend grew 3.7%, reaching £21.4bn and marking the seventh consecutive year of market growth.

According to James McDonald, a senior data analyst at Warc, the UK ad industry is experiencing the “most seismic shift” in its history. “Last year exemplified this, as over 95% of the money entering the market came from digital formats. The trend will continue as ad tech improves and consumers spend more time with their internet-connected devices,” he claims.

Yet despite such impressive growth for digital advertising channels, traditional ad spend is holding. TV ad spend hit a record high of £5.3bn in 2014, with its overall share of UK ad spend holding at a steady 25% over the last decade. 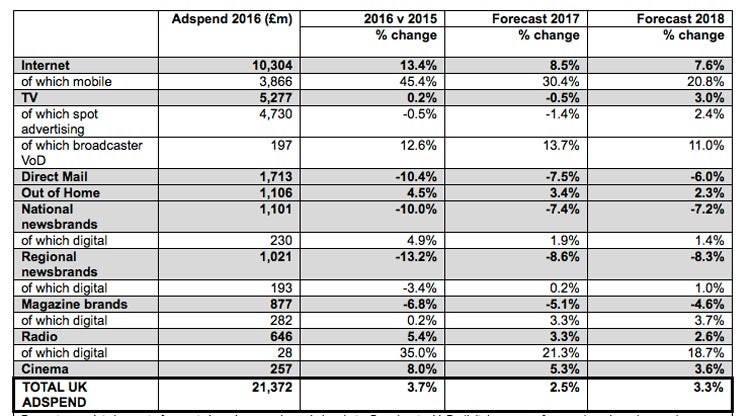 However, not all traditional advertising channels prospered as the slide in print media continued. Ad spend on national newspaper brands fell 10% to £10.1bn, while direct mail dropped 10.4% to £1.7bn.

Over the next two years, overall UK ad spend is forecast to grow, albeit at a slower rate (2017: +2.5%, 2018: +3.3%). With a General Election looming, Stephen Woodford, CEO of the Advertising Association, says the latest figures prove advertising’s importance to the UK economy.

He concludes: “Advertising has proved resilient to uncertainty and behind these numbers is a cutting edge, digital business in which Britain is a world-beater. As we work towards Brexit, we’re urging Government to support UK advertising and do more to unlock its potential to grow UK plc.”