Marketing in the age of Trump

This article was originally published on 4 October. It has been updated to reflect the result of the election.

There has been no bigger marketing story in 2016 than that of Donald Trump, culminating in a US presidential victory that has shocked the world. The acerbic, controversial Republican candidate has dominated the news agenda with outrageous statements on immigration, guns and foreign policy to name just a few topics, generating ‘earned media’ worth billions of dollars.

His rise is remarkable from a political perspective, confirming a trend seen in other Western countries where outspoken outsiders have been able to challenge and even defeat the political mainstream. But his bid for the White House also reveals much about mass media’s enduring power in PR and marketing terms, at a time when received wisdom suggested the future of political campaigning lay in micro-targeting through data and grassroots activism.

The strategies of Trump and the Democratic candidate Hillary Clinton could not have been further apart. Clinton, with political pedigree as a former Secretary of State and US senator, sought to project an image of calm, competence and control. Slogans such as ‘Together’ and her status as the first woman nominated by one of the two major parties reflected the inclusive tone of her campaign.

By contrast, Trump has defied the odds by refusing to play by the rules of the political game. Rather than rely on carefully planned messaging and policy announcements, he built his following through an improvised approach.

His willingness to offend, combined with his swagger and self-assurance, enabled Trump to make a splash in mass media and establish a strong base of support among disenchanted Americans who feel they have been left behind by the political and economic system.

So what should marketers read into Trump’s startling rise to the presidency, and what does it tells us about the changing face of mass communication?

Central to Trump’s strategy was a relentless focus on dominating the news across all forms of media. This was partly driven by circumstance and the fact that Trump’s campaign budget lagged significantly behind that of Clinton’s. According to figures compiled by OpenSecrets.org, up to 28 October, the Trump campaign had raised $306.9m (£247.4m) compared to Clinton’s $687.3m (£554m). Trump’s campaign and its supporters spent only $4m (£3.6m) on paid media between 16 September and election day, according to Ad Age, while the Clinton camp spent around $145.2m (£117.1m).

Trump has received huge amounts of free publicity every day from media outlets willing to broadcast and scrutinise his latest controversial comments. The Trump campaign story made compelling copy for editors and often his headline-grabbing antics served to distract attention away from Clinton’s own campaigning. This was a conscious tactic by Trump, who made a point of responding quickly on social media or at his own rallies to Clinton’s public pronouncements, thereby hijacking her airtime.

“There’s an old adage in marketing that if you want to hurt the enemy, steal their oxygen,” said Andrew Marsden, a brand consultant and former marketing director of Britvic, in comments made to Marketing Week before the election. “He’s stealing the oxygen from the Clinton machine.”

Data from social media monitoring company Brandwatch shows that this approach reaped rewards for Trump across online channels. Analysis of Twitter over a two-month period from the end of July to the end of September shows that Trump received 40 million mentions compared with 26 million for Clinton. Across Twitter, Facebook and Instagram Trump has a social audience of 25 million versus 17 million Clinton followers.

Social media has played a pivotal role in political marketing since Barack Obama used it to mobilise grassroots support for his election in 2008. The shift to earned and owned channels also reflects broader trends in brand marketing. At the Creativebrief Modern Marketing Leadership event in London in September, marketers from the BBC, Aviva and Virgin Atlantic spoke about how they are shifting ad spend away from TV in favour of a content-driven social approach that facilitates greater dialogue with customers.

Although Marsden believes earned media is increasingly integral to campaigns, he argues that paid-for advertising is still critical to mass marketing. “People are watching more TV in the US than they have ever done before, and in a lot of countries,” he says.

“[The Trump campaign] is a triumph of PR and social media, but it’s not a replacement for traditional advertising. Most of the age group supporting him are not social media [natives].”

Marsden adds, however, that social media was “an essential part of the campaign because it gives him immediacy”.

Several parallels have been drawn between the rise of Trump and the success of the UK’s Vote Leave campaign in winning the EU referendum earlier this year. Advocates for Brexit such as Nigel Farage and Michael Gove positioned themselves as speaking up for the concerns of ordinary people in opposition to what they claimed was a smug and distant political elite represented by the Remain campaign. Trump took the same line by railing against mainstream politics and playing on his outsider status. He even shared a stage with Farage at his rallies.

This approach reinforced the public’s reservations about Clinton, who is tainted by a series of past controversies – as well as the re-emergence a week before the election of allegations about her use of a private email server when she was Secretary of State. Going into the Democratic National Convention in July, as many as 68% of voters said they felt she was not honest or trustworthy, according to a CNN poll. While 55% said the same of Trump, the Republican fought off accusations about his own dishonesty by portraying himself as a maverick not playing by political rules.

Richard Huntington, chief strategy officer at Saatchi & Saatchi, believes that Trump’s rise is another sign that telling lies is now openly acceptable in political marketing. He compares some of Trump’s declarations to the Vote Leave pledge that Brexit would free up £350m per week for the NHS – a promise quickly rescinded following the vote.

Trump’s success appears to demonstrate that appealing to emotions is more effective than appealing to voters on rational, evidence-led grounds, something echoed by Gove’s comment during the EU referendum campaign that “people have had enough of experts”.

“Lies are currently the most powerful weapon in the political armoury,” said Huntington prior to the election. “Lying is telling people what they want to hear and that’s why it’s so successful. People don’t mind being lied to if they don’t understand it is a lie. I’m not even sure that when they find out it’s a lie it is a big problem because the lie proves the alignment of your values.”

However, Huntington does not believe this type of campaigning is transferable to the world of brand marketing given the tighter regulatory system governing communications. Although many brands claim to have an ‘authentic’ connection with consumers – with some even willing to offend in a similar fashion to Trump – there is an expectation of honesty and professional quality that people demand from the brands they transact with.

“It is clear that being offensive and politically incorrect is now not a hindrance in politics,” he says. “It is harder to see how that works in the brand landscape – I can’t think of any brands that are capitalising on that sense of political incorrectness in their strategies.”

Changing what is acceptable

Huntington cites gambling brand Paddy Power as one company that “goes close to the bone sometimes”, but notes that this is ostensibly for comedic purposes. “Brands want to align themselves with the forces of progress, inclusion and diversity,” he says. “I suppose that may change – it really depends on whether this moment in time is simply a short-term blip in the advance of progressive values or whether [it’s more significant] than that.” 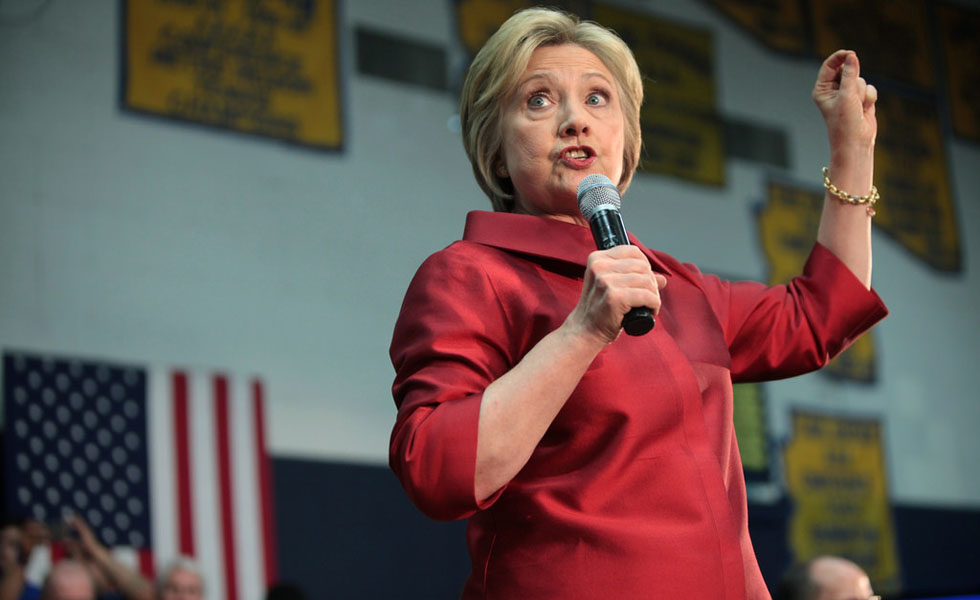 The US election campaign has also revealed that gender attitudes play a significant role in shaping public opinion on a range of issues. Trump has repeatedly been accused of sexism and misogyny, such as when he claimed that Fox News presenter Megyn Kelly had “blood coming out of her eyes, blood coming out of her wherever”, following a TV debate. Trump also said that if his daughter Ivanka was sexually harassed at work, he “would like to think she would find another career or find another company”.

Some commentators also argue that Hillary Clinton received unfair treatment from the media because she is a woman, with stories about her health, appearance and demeanour often influenced by her gender. In April, Trump claimed Clinton was playing “the woman’s card” as a way of getting votes, though at other times he has made statements denying he is sexist.

On 7 October a video from 2005 was leaked to The Washington Post in which Trump could be heard boasting about groping women, with several women coming forward to accuse him of sexual harassment.

Polly Neate, CEO at Women’s Aid, a charity that combats domestic violence, believes there is a risk Trump has opened up public discourse to attitudes that would previously have been taboo – both sexist and racist. “[Trump] may be hard for many people to take seriously – that does not mean he can’t change the rules that tacitly govern what is considered legitimate to express,” she told Marketing Week before the election.

“If he cared about women’s safety, he would not say these things. As well as being dangerous, his views also legitimise the casual dismissal of women and a discourse that reduces women to their perceived physical attractiveness.”

Despite these concerns, voting did not divide along gender lines. Trump was seen as speaking for white, working-class Americans first and foremost, and won a majority of the votes among both white men and white women.

Huntington at Saatchi & Saatchi believes Trump has shown acute awareness of how to speak to the thoughts and fears of ordinary people. “The success of Trump and of the Leave campaign [in the EU referendum] is in knowing their audience,” he says. “While I would be politically on the opposite side of the fence to both of them, I can’t but help admire them. They offer great lessons for marketers about knowing your audience.”

For marketers trying to derive meaning from the rise of Trump, Huntington also points to the importance of having a clearly defined proposition, expressed with clarity and confidence. Both Clinton and Trump tried to build a “coalition” of different types of voters, he says, but it was Trump’s that ultimately triumphed.

Trump may be the most divisive of candidates, but that hasn’t stopped him winning enough support to become the most powerful man in the world.