So Donald Trump is officially confirmed to become the 45th President of the United States of America. The decision was announced on the 9th of November 2016 and certainly was one that sent shockwaves through America and the world over. “Hope for the best but prepare for the worst” is a good motto in economics, as in much of life. It comes readily to mind when considering Donald Trump’s impact on the world economy. The announcement came as a shock and disappointment to many as Mr Trump has built somewhat of a reputation for himself over the last few months as a “racist, ignorant, sexist pig” to name but a few people’s opinions. It appears many people are now simply hoping for the best possible outcome, that being that financial markets will take Trump’s victory in their stride. The dollar will of course take a tumble, however, best case scenario, Trump’s plans for tax cuts, deregulation and protectionism may stimulate investment and job creation, put trade relations with the rest of the world on a fairer, more sustainable, footing, and perhaps even as Donald Trump has repeatedly promised “Make America Great Again”. On the other more plausible and much less inviting side of the coin, many fear that Trump’s victory may well serve as the catalyst for the next financial crisis that has been in the making for many decades. The banking crash, the great recession and now the great dollar crisis of 2017 could complete the third chapter in the crisis trilogy that will no doubt impact worldwide.

On the other side of the pond, many are questioning if and how Trump’s victory will affect brexit proceedings. We know that Trump is a supporter of Brexit already as in the run up to his election he often compared his own campaign to the notorious Leave campaign proceedings earlier this year. In an eerie prediction prior to his election, Trump also told the world “Believe me, this is Brexit times five. You watch what is going to happen”. Now that all is said and done, could he really have an impact?

In terms of pre Brexit proceedings, Trump could potentially have a great effect as his support for Brexit means that he could prove to be a key ally for Britain as it leaves the EU and he has often said that Britain will not be “at the back of the queue” for a post-Brexit trade deal with the US. On the other hand, Donald Trump is well known for his warped vision of putting America first and his opposition for meddling in other countries’ affairs. This could lead us to believe he may not want to become involved in Brexit because he has described his foreign policy as one of “Americanism, not globalism".

It is difficult to access Trump’s impact on post Brexit britain. Generally speaking, Trump is a fan of Britain, he chose Scotland as the location for his ambitious plan to create the finest golf course in the world, bar none and upon the announcement of Brexit he hailed it “A Great Victory”.

Trump’s general attitude to free trade deals however, is hostile and the irony may be that he hailed Brexit as a repudiation of free trade and freer movement of workers. Suffice to say that Trump adopts an “America First” trade policy and his opinions on free movement of people are pretty clear as he’d rather build a wall than allow Mexicans in. Therefore, It is not immediately obvious and seems rather unlikely that a UK-US deal would actually be favoured by a Trump administration, if there was any negative impact on American jobs. The U.S represents more than a quarter of all the economic activity on the planet with the UK alone exporting more than £30bn worth of goods and services to the US meaning it is a market that will remain of high importance, however we get access to it. Donald Trump does want to boost the economy, mainly through aggressive tax cuts which may or may not work. On the whole, such is the scale of US national debt it seems unlikely that President Trump will expand this vital market so massively in the short run.

Perhaps the phrase “Only time will tell” is more appropriate now than ever before? 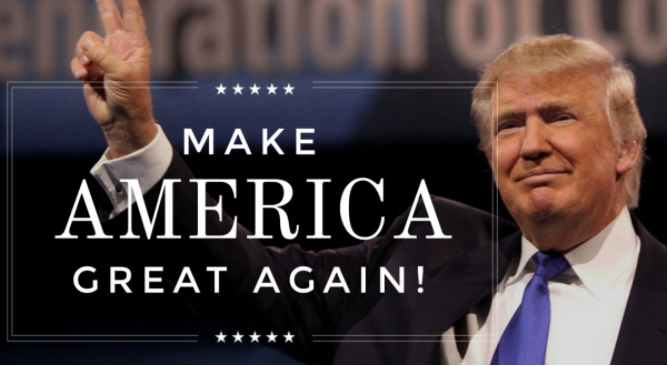