Chanel has lost an EU court battle with Huawei over its famous logo. Business

Britain's economy is rebounding rapidly, according to economists. Yahoo Finance UK reports that German investment bank Deutsche Bank said the UK economy was off to a "roaring start", while analysts at Barclay's said early indicators suggested a "sharp uptick in activity" after shops, outdoor restaurants, beer gardens and leisure facilities such as gyms reopened on 12 April. Private sector forecasts of UK GDP compiled by the Treasury show a big leap in expectations among economists. New data published on Wednesday showed the average forecast for UK growth in 2021 is now 5.7% — a huge improvement from the average forecast of 4.8% just a month before.

Britain's jobs growth is being led by cities and towns in the North and Midlands, according to a report by the Centre of Cities think-tank and jobs site Indeed. Barnsley and Mansfield have seen the biggest rises in job vacancies, while Aberdeen and Belfast had the lowest. The study analysed vacancies in 63 cities and large towns and found that in some parts of the country job postings now exceed their pre-pandemic level.

The House of Lords has once again rejected a government bill over its plans for who pays for fire safety work on buildings in light of the Grenfell tragedy. Peers again changed the Fire Safety Bill to prevent owners of blocks of flats passing the costs for remedial work on to leaseholders, arguing a government grants and loan scheme should be in place first. This is the third government defeat for the Bill; a previous attempt to introduce the changes was rejected by MPs in March.

Plans for a new football European Super League have collapsed completely after just two days, following the withdrawal of most of the teams involved. Criticism by European leaders including Boris Johnson, UEFA, FIFA, and protests by fans outside football grounds sealed the project’s doom. All six of the English Premier League clubs involve dropped out on Tuesday night.

Sir James Dyson has moved his residency back to the UK from Singapore, the BBC reports. He faced criticism in 2019 after he announced he would relocate his firm's global head office to Singapore. The high-profile businessman was also yesterday embroiled in a political row after it emerged he texted PM Boris Johnson in March last year to get assurance his staff would not face a change in their tax situation if they came to the UK to help make ventilators. Boris Johnson said he made "no apology for moving heaven and earth" to get ventilators during the pandemic.

The Bank of England is to close its distribution centre in Leeds in 2023, putting 34 jobs at risk. The decision was blamed on the new longer-lasting polymer banknotes and a general fall in the use of cash.

Heathrow Airport has refused to allow extra flights from India before the country is added to the UK travel red list on Friday, turning down requests from airlines because of concerns about queues at passport control. British and Irish passport holders, and people with UK residence rights, will be allowed in, but must quarantine in hotels for 10 days. Last week, a director at the airport said the situation at the border - which is operated by the Home Office - had become "untenable" because of delays in processing arriving passengers.

TikTok is facing a class legal challenge spearheaded by former children's commissioner for England Anne Longfield over how it collects and uses children's data. Lawyers allege TikTok takes children's personal information, including phone numbers, videos, exact location and biometric data, without sufficient warning, transparency or the necessary consent required by law, and without children or parents knowing what is being done with that information. If successful, the children affected could each be owed thousands of pounds. TikTok said the case was without merit and it would fight it.

Following a BBC investigation, TikTok is banning users who are posting pornographic and violent videos as their profile pictures to circumvent moderation, in a unique viral trend. BBC News alerted the app to the "Don't search this up," craze, which has accumulated nearly 50 million views and has also banned the hashtags used. Users say the trend is encouraging some to post the most offensive or disgusting material they can find.

Retail property owner Hammerson has sold seven UK retail parks to Canadian private equity firm Brookfield for £330m in a deal that completes the group's exit from owning retail parks. The sale takes Hammerson's disposals in 2021 to £403m. The company has been under severe pressure as rents have fallen and the value of its assets has plunged during the Covid-19 crisis.

JD Wetherspoon is set to reopen another 44 pubs with outdoor areas in England on 26 April, as lockdown restrictions continue to ease. Pubs re-opening next week include locations in London, Guildford, Ilkeston, Lincoln, Morecambe, Camborne, Driffield, Nottingham and Reading. Many will be extending their opening timings for an extra hour each day to make up for lost time. Wetherspoon will also reopen 60 pubs in Scotland and 32 in Wales on 26 April, while three venues in Northern Ireland will open their doors again from 30 April.

Shepherd Neame says business since the end of lockdown had beaten expectations. Reporting first-half figures, the brewer and pub landlord said trading at more than 200 pub gardens since 12 April was "most encouraging" and that it was ready to open all its 316 premises on 17 May when pubs when drinking will be allowed inside pubs. The company swung to a £7.2m pretax loss in the six months to the end of December, down from a £5.4m profit a year earlier.

PensionBee has priced an initial public offering at around £365m, setting an offer price of 165p per share. The company said in February it would include customers in the IPO as well as institutional investors. The financial technology company's online platform allows customers to track pensions based on their employment history to create a single plan.

Tata is suing rival Liberty Steel over claims of unpaid debts, according to a report by the Daily Telegraph. The claim relates to missed payments from Liberty's flagship £100m takeover of Tata's speciality steels business in 2017. Liberty Steel is under threat of closure after owner GFG Alliance saw its main backer, Greensill Capital, collapse in early March.

The global short-supply of semiconductor chips continues: Daimler has been forced to put up to 18,500 workers at two plants in Germany on short-time shifts due to the impact of the shortage. The change is expected to last a week.

A plant in Baltimore, US making Johnson & Johnson's COVID-19 vaccine has been closed by the Food and Drug Administration following a highly critical report detailing many instances of potential contamination and poor practice. Reuters reports that the plant, owned by Emergent Biosolutions Inc., has been told to fix a long list of problems including dirty facilities, peeling paint, shoddy cleanups, and poorly-trained staff before it will be allowed to resume operation. Only one plant, in the Netherlands, is currently producing the key drug substance used in J&J's vaccine, the company said. "It may take many months to make these changes," said Prashant Yadav, a global healthcare supply-chain expert at the Center for Global Development. He described some of the issues raised by the FDA as "quite significant."

Fashion label Chanel has lost an EU court battle with Chinese technology firm Huawei over its famous logo. The EU General Court in Luxembourg ruled on Wednesday that the logos "share some similarities but their visual differences are significant". 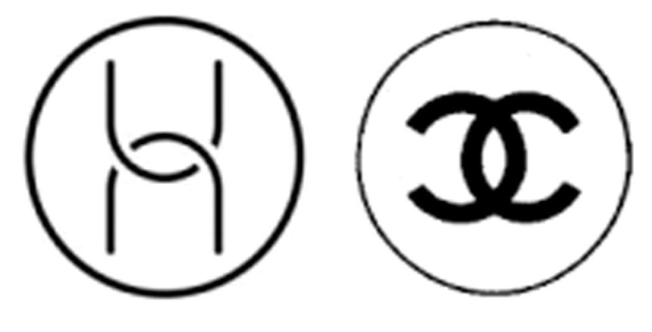 A group of hackers named REvil have reportedly stole and published product blueprints including design details for a new MacBook from Apple's supplier Quanta Computer and are holding other blueprints under a $50m ransom. Quanta confirmed an attack to Bloomberg and said it was working with law enforcement. The company added that there was no material impact on the company's business operation.

Amazon says it will launch a palm-scanning payment system at its Whole Foods store in Seattle.
Customers will need to link their credit card to their handprint the first time they enter the store and from then on they pay for items by placing their palm over a scanning device.

Guy Platten, secretary-general of the International Chamber of Shipping told the BBC that world governments should tax carbon emissions to tackle climate change. "A global solution is the only one that's going to work," he said, and the tax would incentivise ship owners to invest in new technology.

Ten Entertainment has appointed Adam Bellamy, its senior independent director, as chairman of the bowling alley and amusements operator as the leisure sector prepares to reopen. Bellamy will take over from Nick Basing at the annual general meeting on 5 May. Bellamy is the former chief financial officer of Pure Gym and is on the board of Loungers and In the Style.