Why not request our brochure today?

Apple and Google have blocked a planned update for the NHS Covid-19 app. Business, Media & Marketing…

The UK economy "showed some improvement" in February after growing by 0.4%, according to official figures from the Office for National Statistics. However, the economy is still 7.8% smaller than a year earlier, before the impact of coronavirus restrictions which remained in place across all four nations of the UK throughout January and February.

Boris Johnson has ordered a review into the lobbying controversy involving Greensill Capital and David Cameron. The Whitehall review will look at how government contracts were secured by Greensill Capital as well as the actions of Mr Cameron, and what role the collapsed finance firm's founder, Lex Greensill, played. It is understood Chancellor Rishi Sunak will also be asked to appear to explain his involvement. Cameron yesterday insisted he broke "no codes of conduct and no government rules” but having "reflected on this at length" accepted there were "lessons to be learnt". Lawyer Nigel Boardman will lead the investigation.

Apple and Google have blocked a planned update for the NHS Covid-19 app that traces outbreaks of the virus in England and Wales over privacy breaches. The app proposed changes to the sharing of data which involved taking all of the users' "check-ins" at different venues if they tested positive, which contravened the tech giants’ privacy rules, leading them to immediately block it from their app stores. The companies said the app should work in a decentralised manner instead of harvesting citizens' movements and then storing the data directly in a government database.

The leaders of UK businesses including Bulb Energy, Arrival, Citizens Advice, Ecotricity, Moxia, and the People's Energy Company have written an open letter to prime minister Boris Johnson, urging him to make green technology products more affordable by reducing the rate of VAT charged on them to zero. Such products would include electric vehicles (EVs) and associated charging technology, heat pumps, energy storage devices including heat batteries, solar panels, secondary or double glazing, low-carbon boilers and white goods, as well as insulation and other energy efficiency fittings. Many of these products are currently levied at the full 20% VAT rate but reducing the rate is now possible due to the UK’s departure from the EU. “Families shouldn’t be taxed for choosing green options, and low-carbon technology must be affordable for everyone,” the letter said.

Visits to high streets, retail parks and shopping centres were still down 16.2% compared with pre-pandemic levels when shops deemed ‘non-essential’ reopened yesterday, despite customer queues outside chains including JD Sports, Primark and Zara, according to Yahoo Finance UK. High street footfall was down by almost a quarter in the afternoon, according to data from Springboard, but retail parks fared better with a 1.7pc increase in visitors from 2019. Nevertheless, compared to the previous Monday, footfall jumped 146pc suggesting considerable pent-up demand.

Only two in five English pubs opened yesterday and the pub industry has again warned the sector is on its knees. "No pub is expecting to profit from reopening outdoors, and many will make a loss," said Emma McClarkin, chief executive of the British Beer & Pub Association. Steve Alton, chief executive of the British Institute of Innkeeping, said: "This early phase of reopening for many of our pubs will be loss-making, with 40% operating on reduced hours until they can reopen inside in May and fully reopen from 21 June," he said. "In order for our pubs to survive, they need to be free of restrictions at the earliest opportunity." Some 2,500 pubs are estimated to have closed for good in 2020.

Energy storage and clean fuel technology company ITM Power said yesterday that a planning application had been submitted for a 20MW electrolyser to be sited at ScottishPower Renewables' Whitelee Wind Farm near Glasgow. The 'Green Hydrogen for Glasgow' project would be the UK's largest onshore wind farm. A planning decision is expected in the Autumn.

Heathrow said yesterday that passenger numbers fell by 542,000 in March 2020, an 82% decrease on March 2019, as coronavirus restrictions continue to dent travel. 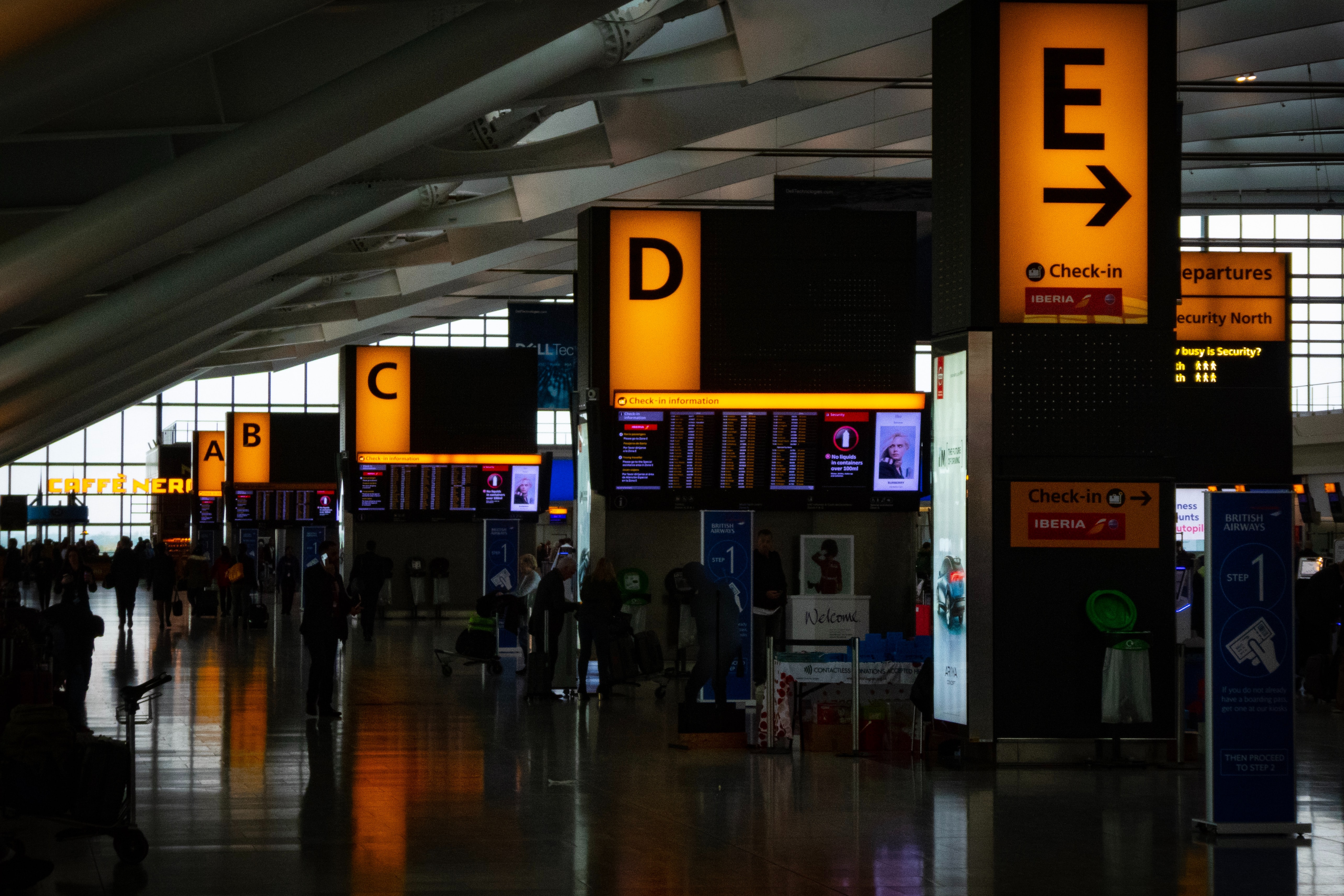 Train operator Abellio ScotRail has blamed a 95% reduction in passengers as a result of the government telling people not to travel for a pre-tax loss of £64.5m in the 12 months to 31 March 2020. In the previous 15-month accounting period, the Dutch company, which runs the Scotland rail franchise, made a loss of just over £11m. Abellio was stripped of the contract to run ScotRail services by the Scottish government in December 2019 amid criticism of performance levels and the franchise is to be taken over by a public sector body from the end of March next year.

Darktrace, the Cambridge-based artificial intelligence (AI) cyber-security company, has announced its intention to float on the London Stock Exchange in an offer likely to value the company at between £2.5bn and £3bn, Sky News reports. Chief executive Poppy Gustafsson's shareholding is likely to be valued in the region of £20m. Darktrace revenue increased from $79.4m in 2018 to $199.1m in 2020 and customer numbers rose to 3,858 from 1,659 over the same period.

Sky News reports that law firms Linklaters and Ashurst have both quit as advisers to Essar Oil UK, Britain's second-biggest oil refinery, amid a deepening financial and corporate governance crisis at the company. An insider told Sky that a covenant waiver from Lloyds Banking Group, Essar Oil UK's main lender, had expired at the end of March, forcing the company to seek new sources of funding. Lloyds is said to have become frustrated by a failure to address repeatedly expressed concerns about the Stanlow refinery-owner's governance over a protracted period, as well as a series of delays to the filing of audited accounts.

Homebase is to trial putting mini-garden centres in six Next stores in Shoreham, Ipswich, Warrington, Camberley, Bristol and Sheffield. Homebase staff will also be available in these Next stores to offer advice. Homebase is also opening more small-format outlets in a "show of its belief in the British High Street".

Sky News says a former chief executive of Sir Richard Branson's business empire is taking the helm at Boomin, the latest property venture set up by Michael Bruce, the Purplebricks founder. Stephen Murphy, who spent 17 years at Virgin Group, has been hired as Boomin's chairman.

KPMG UK has appointed a new chief executive. Jon Holt will take up the new role immediately and serve a tenure until 2025. He replaces Bill Michaels who resigned in February after telling staff to "stop moaning" about COVID-19 and to stop “playing the victim card." Unconscious bias was "complete crap" he said, according to the Financial Times. Michaels apologised for his comments but resigned after concluding his position was "untenable".

The number of female directors within FTSE 100 companies has risen 18% in the last three years, although women still account for just 34% of UK board members. According to new research by Yoppie, which looked at the number of blue-chip directorships held by females since 2017, there are now 305 female directors at the very top tier of business, compared to 259 three years ago. Yoppie found some FTSE 100 females held more than one directorship.

Cineworld shareholders have overwhelmingly approved a plan for the company to suspend its borrowing limit temporarily, giving the company much-needed breathing space to get through the COVID-19 pandemic. Its debt pile hit $8.32 billion at the end of 2020. 98.67% of votes cast were in favour of the resolution, which allows the world's second-largest cinema operator to press ahead with the issue of £213 million in convertible bonds.

Microsoft has agreed to buy speech recognition and AI tech company Nuance Communications in an all-cash deal valued at $19.7bn. Microsoft will pay $56 a share for Nuance, a 23% premium to the closing share price of Nuance on Friday. The deal will double Microsoft’s total addressable market in the healthcare provider space to nearly $500bn. Nuance is perhaps best known as the developer of Apple’s Siri technology.

Mitsubishi Motors cut its output of cars at three plants in Japan and Thailand yesterday due to the global shortage of semiconductor chips, Reuters reports. 7,500 fewer cars will be produced in April, and the cuts could be extended into May.

Italian diagnostics group DiaSorin has agreed to buy Covid-19 test maker Luminex for $1.8bn in cash. DiaSorin will pay $37.00 a share for US-based Luminex, a 23% premium on to the closing Luminex share price on 24 February, the day before rumours about a potential sale began to circulate. Following the acquisition, the combined entity will have 2020 revenues of around €1.25bn.

Goldman Sachs is loaning Soho House, one of the world's biggest private members' club networks,  $770m (£560m) loan as it prepares to go public in New York. The loan will replace existing debt facilities.  Sky News says Soho House could be valued at as much as $4bn (£2.9bn) when it floats. Despite the pandemic forcing many of its clubs around the world to close, the business proved resilient, with barely 10% of its 110,000 members cancelling their subscription.

Samarco Mineracao, a Brazilian joint venture between Vale and BHP, has filed for bankruptcy protection in response to creditors' claims over a 2015 dam collapse that killed 19 people. Multiple legal actions have been filed by Samarco financial creditors in the US and Brazil, which have resulted in freezing orders against Samarco's accounts. An attempt to negotiate a $5bn debt restructure was unsuccessful. The dam collapse severely polluted the Doce River with mining waste in what was one of Brazil's worst environmental disasters.