Beijing is now home to more billionaires than any other city in the world. Business, Media & Marketing…

The International Monetary Fund says it expects UK growth to be over 5% this year and next, pointing to the successful vaccine rollout as evidence for its positive outlook. The IMF also said the global recession would have been three times deeper had governments not stepped in to rescue their economies and suggested advanced economies may be able to avoid much of the long-term damage some economists had expected from the COVID-19 crisis.

Separately, the IMF is suggesting governments should consider raising taxes on the wealthy to help pay for the cost of Covid. A temporary increase in taxes on wealth or high incomes could help tackle inequalities that have widened due to the crisis, it said in a report, but also urged governments to "carefully assess trade-offs" and said reform of current policies on inheritance taxes or property, for example, should be considered before turning to wealth taxes.

Following a review, the Medicines and Healthcare products Regulatory Agency (MHRA) has said under-30s in the UK are to be offered an alternative Covid vaccine to the AstraZeneca jab due to evidence linking it to rare blood clots. By the end of March, 79 people had suffered rare blood clots after vaccination, 19 of whom died. Two thirds were women, and three of those who died were aged under 30. The regulator said there was no proof the jab had caused the clots but that ‘the link was getting firmer.’ The risk of rare blood clots is now put at about four in one million.

Meanwhile the EU's medicines regulator, the European Medicines Agency, said yesterday it had found a potential link between AstraZeneca's Covid-19 vaccine and blood clots in adults following a review of 86 European cases, but concluded the benefits of the vaccine outweighed the risk. However, the regulator said unusual blood clots should be listed as a very rare side effect of the AstraZeneca vaccine, The EMA could not list specific risk factors such as age or gender, but again, most blood clot cases were in women under 60.

Prof Sarah Gilbert, the scientist who led the team that created the Oxford/AstraZeneca coronavirus vaccine is set for a payday of more than £20m as the biotech firm she co-founded prepares to float on the US stock market. Gilbert owns 5.2% of Vaccitech, the Oxford University spin-out company that owns the biotechnology behind the covid vaccine and others for Mers, hepatitis B, the virus that causes shingles, and a range of cancers.

London airports will not need to expand until at least the 2030s, according to bosses at Gatwick. A prospectus published by the airport ahead of a £450m bond raising said extra capacity will not be needed for many years following a near-total collapse in passenger travel – the lowest levels since 1966 - triggered by Covid restrictions. The admission will add to speculation that plans to expand Heathrow are facing a long delay, says The Telegraph. Gatwick has lost its third biggest airline, Norwegian, during the crisis, and British Airways and Virgin Atlantic have pulled flights from the Sussex airport.

Ryanair said it expects a net loss for the 2021 financial year to be slightly less than its previous estimates, but lockdown restrictions and a slow EU rollout of the COVID vaccine means it will only just about break even in 2022. Net losses are now expected to be between €800m and €850m.

Over-50s travel and insurance company Saga reported an 84% drop in annual profit yesterday but said demand for holidays was strong. Underlying pretax profit for the year end of January 2020 fell to £17.1m from £109.9m as revenue plunged to £337.6m from £797.3m. However with most of its potential UK customers vaccinated and sitting on extra savings, the company said it was ready to restart travel operations in 2021. Cruise bookings for the next two years are up 20% on a year earlier, the company said.

Carnival Corp.’s cruise line bookings are also accelerating, even as the industry remains essentially on hold. Booking volumes in the first quarter of 2021 were about 90% higher than in the fourth quarter of 2020, and pricing for 2022 is higher than comparable pricing for 2019, Chief Financial Officer David Bernstein told analysts in a conference call yesterday.

Brewery and pub chain operator Marston's said yesterday it has secured waivers and amendments to its financial covenants to 1st January 2022 and that it expects to reopen around 700 of its pubs in England with beer gardens on Monday. Most of its Scottish and Welsh pubs are expected to open on 26 April and, if the government’s roadmap is adhered to, the firm is set to open all its estate on 17th May, at which point the company expects to break-even with around 45-65% of normal sales levels.

Asos says global sales have grown by 24% in the past six months. The online fashion group now has 24.9 million customers, with more than seven million in the UK, where it makes most of its profits. Profits for the six months to 28 February were £106.4m, up from £30.1m a year earlier. The firm said its integration of the former Arcadia brands Topshop, Topman, Miss Selfridge and HIIT, bought in February in a £395m deal, was "progressing to plan" and that UK sales were particularly strong: up 39%.

The Co-op Group is set to announce it will not repay all of the £80 million in government funding it received during the pandemic, despite all its 2500 food stores remaining open throughout. Sky News reports the firm will commit to a partial repayment of state support when it releases its annual results, but that the precise sum that will be repaid is still unclear.

HSBC is switching more than 1,200 of its UK employees to permanent home-working. About 70% of the bank's 1,800 call centre staff in England, Wales and Scotland volunteered to quit office working for good, the Unite union told Reuters. HSBC has offered staff £300 a year extra pay to cover costs such as higher energy bills. Contract changes are being finalised and those taking part will only have to visit the office for training, Unite said.

Tool and equipment hire company HSS Hire has agreed to sell its Irish large plant hire business, Laois, to Briggs for €11.2m in cash. The proceeds will be used to invest in the core tool hire business, in line with the group's strategy.

Deliveroo workers have gone on strike in a dispute over pay and conditions, their union The Independent Workers' Union of Great Britain, said yesterday. Amazon-backed Deliveroo treats its riders as self-employed contractors, meaning they are not entitled to holiday or sick pay, and the firm’s shares flopped on its London Stock Exchange debut last week after big names such as Aviva, Legal & General and Aberdeen Standard refused to invest. However, retail investors were allowed to trade shares for the first time yesterday, and Deliveroo stock closed 2.14% up, suggesting most of the 70,000 retail customers who bought in the IPO had decided to stick with their stakes. The Financial Times also reported that Goldman Sachs, a global coordinator on the flotation, bought £75m of shares on 31 March to support trading.

Flutter Entertainment confirmed yesterday it is in a legal dispute with Fox Corp over its option to buy an 18.6% stake in US sports betting group FanDuel. Murdoch-owned Fox wants to buy the stake at an $11.2bn valuation, the value set when Flutter bought a 37.2% stake from Fastball in December. However, Flutter said the $11.2bn valuation "would represent a windfall to Fox compared to the fair market valuation as of July 2021, to which the parties had previously agreed."

Beijing is now home to more billionaires than any other city in the world, according to the latest Forbes' annual rich list. The Chinese capital added 33 billionaires last year and now hosts 100, said the business magazine. This narrowly beats New York City, which hosts 99 and has held the top ranking for the last seven years. 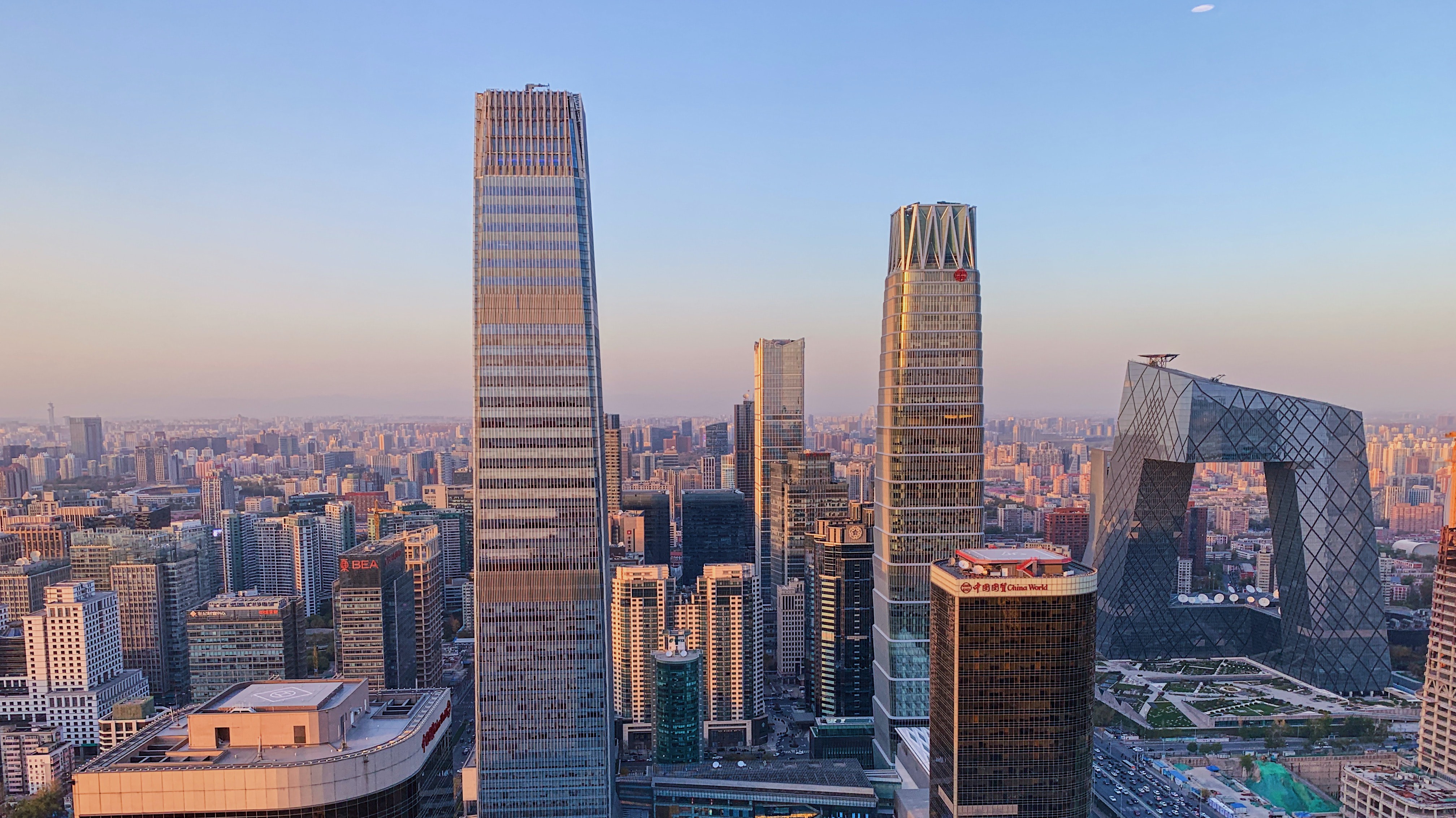