Rates of pay growth are running at their highest level since 2008, according to Office for National Statistics figures, which suggest early signs of stabilisation for payrolled employment. The ONS reported average weekly earnings rose by 4.7% on an annual basis during the three months to December, and suggested that many of those in work were being rewarded for their performances during the crisis at the end of 2020 as, when the effects of bonuses are stripped out, the rate of growth slowed to 4.1%.

Demand for overseas holidays has surged following Boris Johnson’s statement on Monday that foreign holidays could be permitted from May 17. In the hours after the announcement, easyJet said bookings by UK customers for the summer season were more than four times higher compared with the same period during the previous week; Tui said bookings for foreign trips jumped 500% overnight; and Awaze, The owner of UK-based holiday firms Hoseasons and Cottages.com, said it sold a record 10,000 breaks. 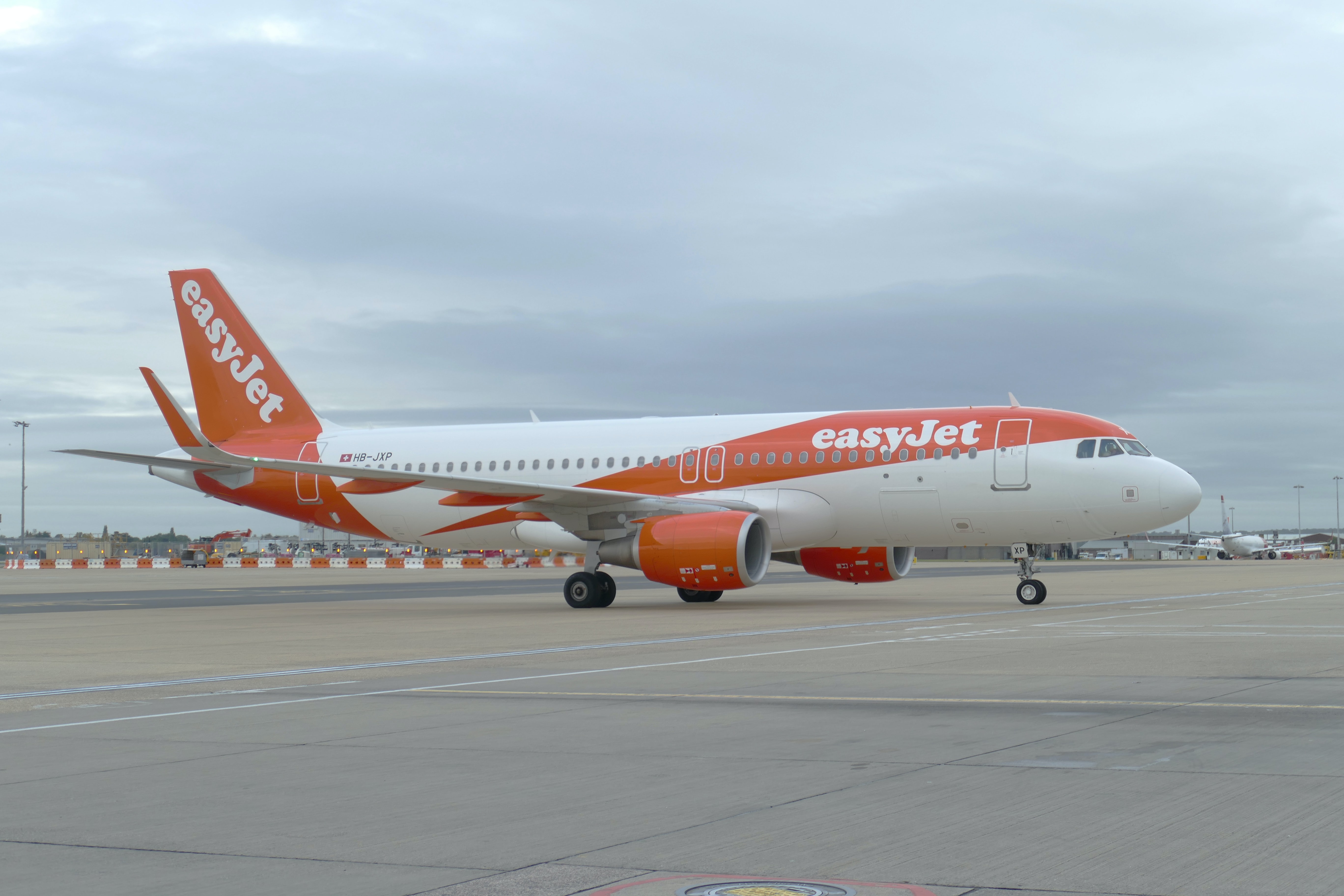 The government launched a campaign to encourage farmers to export their produce yesterday, saying that farming “stands to gain from the more liberal approach to trade the government is pursuing outside the EU" post-Brexit. The initiative was launched in partnership with the National Farmers Union, the Food and Drink Federation, and the Agriculture and Horticulture Development Board. Speaking at the National Farmers’ Union Live Conference, international trade secretary Liz Truss said that currently only one in five of our food manufacturers export yet the quality of UK produce makes it highly competitive in the global marketplace, and particularly appealing to growing middle classes in Asia, where she said 66% of the world’s middle-class consumers are expected to be found by the end of the decade.

MPs on the Treasury Select Committee have been told of "systematic" issues facing UK manufacturers post-Brexit, including increased shipping costs, increased paperwork, and confusion over border regulations and enforcement. “All industry is paddling furiously below the water to keep things going," said Mike Hawes, chief executive of the Society of Motor Manufacturers and Traders, and that the Brexit deal had created "significant" issues for his members that were "difficult" to adapt to. The issue has been compounded by COVID-19, which has pushed up shipping costs fourfold. Hawes said some of SMMT's members were considering transporting cars by air — a route that is usually too costly to justify.

Working hours in the hospitality sector were the hardest hit by the COVID-19 pandemic, according to newly released Office for National Statistics data, which said the sector took a 25.8% hit since the start of UK lockdowns. At the other end of the spectrum, those working in agriculture, fishing and forestry saw the biggest increase in their working hours in the same period, with time worked being bumped up 8.1%, according to research by Delamere Health. This strain was followed by public admin and defence, with an average working hours increase of 4.8% and information and communication services, which saw a 2.6% increase. Finance, insurance and real estate also got a 2.1% boost in working hours, as jobs that are more easily adapted to working from home were less affected by lockdowns.

The number of foreign-born workers in the UK saw its largest fall on record last year, according to employment data published by the Office for National Statistics. There were 795,000 fewer such workers in Britain in the last quarter of 2020 than a year earlier. It has been suggested that the fact sectors more likely to employ foreign workers, such as hospitality, have been those hardest hit by covid restrictions, could be responsible for the exodus. However, the ONS cautioned that the figures - which come from its regular survey of the labour market rather than its main immigration data, which has been suspended due to the pandemic - should be "used with caution".

AstraZeneca expects to deliver less than half the COVID-19 vaccines it was contracted to supply to the European Union in the second quarter, an EU official told Reuters yesterday. The expected shortfall could hit the EU's ability to meet its target of vaccinating 70% of adults by the summer. The anonymous EU official, who is directly involved in talks with the Anglo-Swedish drugmaker, said the company had told the bloc during internal meetings that it "would deliver less than 90 million doses in the second quarter" whereas AstraZeneca's contract with the EU, leaked last week, showed the company had committed to delivering 180 million doses to the 27-nation bloc in that timescale.

Heathrow Airport has reported a £2bn annual loss after passenger numbers dropped to levels last seen in the 1970s during the coronavirus pandemic. Its results contained a warning that it may not be able to carry on if passenger numbers remain limited. However, boss John Holland-Kaye said the airport had £4bn in the bank, enough to keep it going until 2023.

British retail group Frasers Group said it expects to take a £100m hit from the delay in re-opening non-essential stores in England until at least 12 April. While Sports Direct has weathered the lockdown relatively well, the group’s other high street names like House of Fraser and Jack Wills have been hurt by a lack of demand for occasion wear and work clothing. In December the company issued a rare profit warning, saying previously published guidance for a 20% to 30% boost in profits this year is unlikely to be achieved.

Lloyds Banking Group saw profits tumble by 72% in 2020, having booked impairment charges – money set aside for loans that could sour – of £4.2 billion, compared with £1.3 a year earlier. Statutory pre-tax profit fell to £1.2 billion, from £4.4 billion the previous year. Net income dropped 16% to £14.4 billion. However, the bank also announced a final dividend of 0.57p, following the Bank of England's decision to lift a COVID-era dividend ban in December.

Wembley Stadium plans to pack in 90,000 fans for the Euros final, provided they can show they have been vaccinated against covid-19 using the NHS app.

Vodafone Group Plc has announced it will float its European towers unit on the Frankfurt Stock Exchange in March.  Vodafone did not mention any details about a valuation, but Bloomberg has reported that Vantage Towers could be worth around €15bn.

The war between Facebook and the Australian government is over. Australian news will return to the social media giant's platform, and it will reach deals to pay news groups for their stories.

Apple has acquired about 100 companies over the last six years, the company’s chief executive Tim Cook has revealed at the firm’s shareholder AGM on Tuesday. This works out at a company every three to four weeks. The firm’s largest acquisition was its $3bn purchase of Beats Electronics, the headphone maker founded by rapper and producer Dr Dre. It also bought music recognition software company Shazam, for $400m in 2018. Usually, Apple buys smaller technology firms and incorporates them into its own products. The company delivered its largest by quarter revenue of all time in its first quarter of 2021, bringing in $111.4bn (£78.7bn).

In a shock move, Hong Kong has proposed raising taxes on share trading by 30%, from 0.1 to 0.13%. The announcement left Hong Kong Exchanges reeling, just as it reported the equivalent of $1.48 billion in net profit for 2020, a 23% increase and its biggest ever. It is now the world's fourth largest by value of companies listed on its exchange. The company's stock, which has recently hit record highs, fell as much as 12% before paring some losses to stand 10.4% lower in mid-afternoon trading. The city's benchmark Hang Seng Index, which recently hit its highest since June 2018, fell 3.6%.

Tesla boss Elon Musk has lost his title as the world's richest person because Tesla shares have fallen more than 20% since their year high of more than $880 in early January. The drop, in part fuelled by Tesla’s investment of $1.5bn (£1bn) in Bitcoin, made Amazon boss Jeff Bezos once again the world’s most wealthy individual.